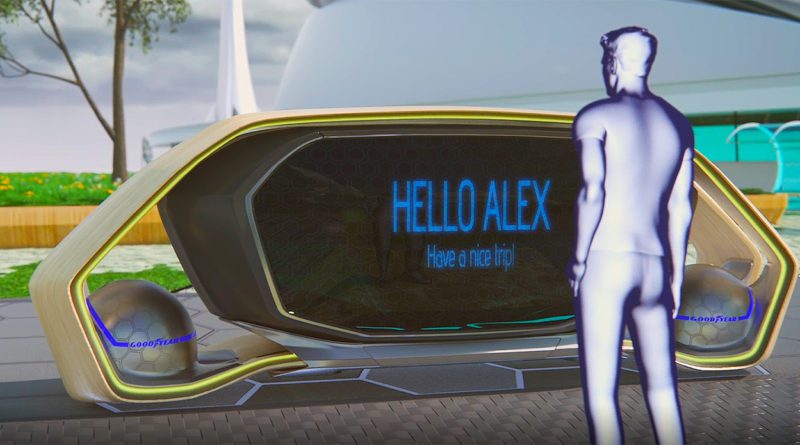 Predicting the future is never easy but companies operating within the automotive environment need to think big if they are to remain relevant in a quickly changing environment. To ensure it remains relevant beyond the traditional driver-operated, fossil-fuelled automobile, tyre giant Goodyear has developed four tyre concepts unlike anything currently available.

Imagine it’s your job to develop tyres for vehicles that have not yet been conceived, let alone built. Component suppliers within the automotive industry are facing that very dilemma, but one company, Goodyear, is letting its collective imagination run wild to ensure it avoids becoming the tyre world’s version of Kodak.

Goodyear recently invited Australian Automotive to view two new tyres, the Eagle 360 and Oxygene, which were on show for the first time in Australia. Also on display were two other examples, first seen overseas just a couple of years ago, the BH-03 and the Triple Tube.

Head of consumer products and market insights for Goodyear and Dunlop Tyres Australia, Raelene Smith, said that while the tyres represent an essential aspect of Goodyear’s innovation strategy, they are purely conceptual in nature and there are no plans to produce them.

“It is a random starting point, as we think about what our cities might look like 20 or 30 years from now. (A time when) urbanisation has increased city density resulting in measures to reduce congestion and pollution, (and) petrol and diesel cars are banned from sale and don’t exist anymore. New modes of transport will emerge, and everything will be connected,” said Smith.

To develop future tyre designs, Goodyear technicians must first consider what types of vehicles may be available in 2050. Will we still be using cars or, as Smith puts it, “will we be living in a future filled with gleaming white pods whizzing around ferrying people from place to place?”

Similarly, vehicle designers need to consider how their thinking might be altered by significant technological developments by their suppliers. For this reason, Smith says collaboration with vehicle manufacturers is essential.

“We look towards the future, assess trends and work with the OEMs to develop concepts,” she said. It’s got to be a partnership. We’ve got to work together on what the solutions can ultimately be.”

To help address those questions, Goodyear identified four key trends that will transform the motor industry, shape tyre innovations, and support greater mobility. The trends are grouped under the acronym FACE, which stands for Fleet (or shared mobility), Autonomous, Connected and Electric.

“Around four per cent of all kilometres travelled globally today, occur with shared fleets and by 2030 that figure will rise to 25 per cent,” said Smith. “Part of that growth is due to the younger generation’s preference to ride share rather than own a vehicle.

“Autonomous vehicles are becoming a reality and a lot of (car) companies are trialling the technology and we are starting to see some of those components utilised in vehicles today for better safety,” she added. With connectivity, information technology is enhancing performance of vehicles and adding more and more convenience, while electric vehicles are the new norm. We are seeing a lot more EV introduced to the market playing out to consumer needs.

“So, in these changing times, and to ensure we remain relevant as a tyre company, we are reimagining the role that tyres may play into the future.”

Goodyear’s latest version of the concept, the Eagle 360 Urban was unveiled at the Geneva International Motor Show in 2017 and illustrates a vision of how the future could look. The company says the Eagle 360 Urban is the first concept tyre to be powered by Artificial Intelligence, giving it the ability to sense, decide, transform and interact. It is utilised in the vehicle by way of magnetic levitation.

Goodyear says the Eagle 360 Urban will become part of the vehicle’s ‘nervous system’ and the connected world. The tyre is fitted with a sensor network that allows it to check its own status and gather information on its environment, including the road surface. Via connectivity with other vehicles, as well as infrastructure, traffic and mobility management systems, the tyre also captures information on its surroundings in real-time.

By combining these sources of information and processing them instantaneously, the Eagle 360 Urban decides the most appropriate course of action, learning from previous actions, as how to optimise future responses.

The tyre features a flexible bionic skin, which allows it to expand and contract. This outer layer covers a foam-like material strong enough to remain flexible despite the weight of a vehicle.

Actuator elements beneath the tyre’s surface, which are components that change shape with an electrical input, work like human muscles to re-shape individual sections of the tyre’s tread design, adding dimples for wet conditions and smoothing the tread for dry conditions.

When the tyre’s bionic skin is damaged, sensors in the tread can locate the puncture and the tyre then rotates to create a different contact patch, reducing pressure on the puncture and allowing a self-healing process to start. This process works thanks to materials which are specifically designed to flow towards the puncture. These materials react physically and chemically with each other to form new molecular bonds, closing the puncture.

Goodyear says this new generation of tyre will add value for OEMs and providers of ‘mobility as a service’ as it will minimise downtime and allow “proactive maintenance”.

“With ride-sharing, commuters won’t own the vehicle, so they won’t be engaged in inspecting the tyres,” explained Smith. (Consequently) we are looking at sensor technology to put into tyres to help with productive maintenance – a smart tyre that can take on the maintenance role.”

If a new tyre is required, the Eagle 360 Urban will instruct the autonomous vehicle to drive to a service centre where robots will replace it.

Oxygene is a tyre that aims to improve air quality. The concept was inspired by the principles of circular economy, with an emphasis on reducing material waste, emissions, and energy loss.

Unveiled in March 2018 at the Geneva International Motor Show, the tyre features a unique structure containing living moss growing within the sidewall.

By absorbing moisture and carbon dioxide from the atmosphere captured by the tread design and open structure, the tyre feeds the moss, allowing photosynthesis to occur and oxygen to be released into the air. The process is managed by an Artificial Intelligence unit.

Goodyear says, in a city similar in size to greater Paris, which has about 2.5 million vehicles, Oxygene tyres would generate nearly 3,000 tons of oxygen and absorb more than 4,000 tons of carbon dioxide per year.

Energy generated during photosynthesis will be harvested to power the tyre’s embedded electronics; the Artificial Intelligence processing unit, electronic sensors and a customisable light strip in the tyre’s sidewall that switches colours to warn road users and pedestrians of upcoming manoeuvres, such as lane changes and braking.

Communication occurs at the speed of light, using a visible light communications system (or LiFi), for high-capacity mobile connectivity. This allows vehicle-to-vehicle (V2V) and vehicle-to-infrastructure (V2I) data exchange, which is critical to smart mobility management systems.

Like the Eagle 360 Urban, the Oxygene’s Artificial Intelligence unit will also instruct autonomous vehicles to drive to fully automated service centres when replacement tyres are required.

Goodyear launched the BH-03 in Geneva in 2015, and says the tyre is closer to the realms of reality than the Eagle 360 Urban and Oxygene.

The concept is designed to keep electric vehicles fully charged without the need for topping up at charging stations and aims to eliminate the anxiety that some motorists feel when they are out of range.

Using an internal pump, the tyre transfers air between the main chamber and three tubes, adjusting pressure to vary the tyre’s contact patch on the fly.

Goodyear says the Triple Tube technology could be linked to autonomous cars in the future, with the tyre transforming to the optimum shape before entering a curve. 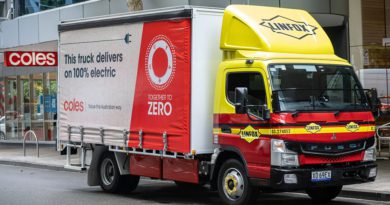 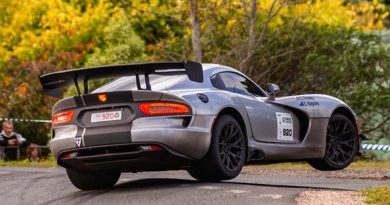 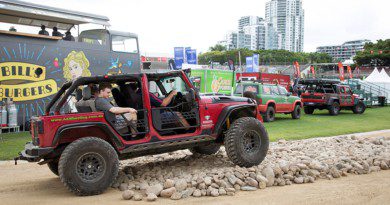