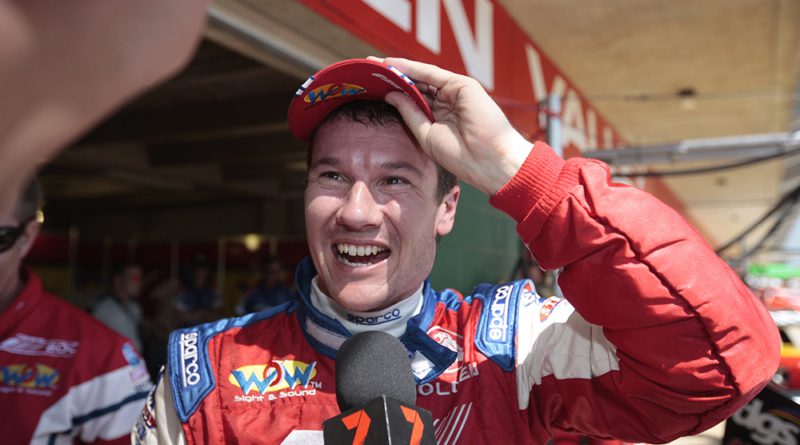 Continuing our chat with Jason Richards, the New Zealander discusses the 2009 Bathurst 1000 and what it takes to be a consistent Supercars winner.

Auto Parts and Equipment: To finish second at Bathurst last year by less than a second must have been heartbreaking.

Jason Richards: I went to Bathurst last year like I do every year – to win and I knew I was going to have a chance of winning. I had been within 2.5sec of winning three times – I had two seconds and a fourth place – so I was pretty determined. We finished each day being one of the lead cars; we had provisional pole position, so we definitely had the speed but still we had 1000 kays to do.

It’s very hard to get everything going at the same time [co-driver] Cam [McConville] was going well too, so everybody was on a confident high. The expectation was to win. I had finished second enough times and enjoyed that, but I was focussed on winning, and we still had 1000 kilometres to do.

But during the race we kind of got a bit lost. Our strategy was conservative at times. We had put the right tyres on for the conditions, we didn’t risk the car by putting slicks on in the wet, which some guys did, although sometimes we had to keep the wet tyres on in the dry until our fuel window opened.

Mind you, the winners (Garth Tander/Will Davison) had the exact same strategy. We basically pitted the same lap each time and we had the same tyres on, and we rotated the drivers in a very similar fashion, so it turned out to be a race winning strategy, but it meant we lost a bit of track position.

But there was a key moment on lap 107 where we pitted, and I jumped into the car and Will pitted and Garth jumped into the HRT car, and they did a slightly better driver change than us. It wasn’t a fuel-limited pit stop for us – we only needed to fill half the tank to get us to the next fuel window.

They got out just in front and there were a few cars in between us – some were lapped cars, some were on the leap lap, which broke us apart a bit and I ended up in sixth place with 10 laps to go. We weren’t in the championship running so we upped the risk level and we punched out the fastest lap of the race. I scrapped the wall in a couple of places; I was absolutely maxed out. It was pretty crazy for a while because there were five of us in a freight-train. I passed Lee Holdsworth, and then (Jamie) Whincup and (Jason) Bargwanna hit each other. I pounced on Rick Kelly going into Forest Elbow and moved into second place.

I had used the car pretty hard to get to that point and I didn’t have a huge amount of tyre left on the car. Garth had broken away, but I went absolutely flat out on those last few laps and caught up 2sec. I got within 0.7sec, which is the closest losing margin yet. In those last laps Garth was probably being a little conservative, but I certainly wouldn’t want a non-championship contender being within 0.7sec in the final corner at Bathurst because I really feel if I had another lap that there was no doubt that I would have been driving up alongside him somewhere, out of control, making the move.

How difficult is it to perform in the Top 10 shootout?

There is a massive amount of ego but also a lot of pressure, and pressure is not always a good thing. To go fast, the track demands you put it out there, but the conditions are never quite the same, session to session. There are hours between the qualifying and the Top 10 Shootout and the cars never feel the same. Last year had rain and the track was drying as the Top 10 went on.

In 2008 I was second and last year I was on pole going into the Top 10 and there was a fair bit of expectation on me and pressure to perform. You don’t want to hang it on the wall because it’s not worth it, but you still want to do a good job because it is Bathurst, so you want pole.

I finished fifth last year and sixth in ’08 and that is around where Lowndes and Whincup have started the last couple of times they won the race. It is actually a gun grid position. There is no pressure to get away and you get to see what the leaders are doing. If they drive past pitlane you can dive in, so you can change the result of the race by starting in those positions. Prior to last year, it was a long time since the pole position car won the race.

Smaller teams often do well at Bathurst, but can they seriously challenge HRT and Triple Eight for championship wins?

It’s frustrating because I have been to three teams now and you see someone like Will Davison, who is an amazing driver, but he goes from doing well at Jim Beam Racing [Dick Johnson Racing] to a championship contender at HRT. Whincup goes from Tasman to Triple Eight and wins at his very first race meeting and goes on to win two championships.

What is the x-factor that makes those teams so much more consistent? I don’t know yet, we haven’t found that. I think Team BOC this year has definitely moved forward; we have had some good results, but we haven’t had consistent performances and I put that down to the current setup. We were evaluating setups [at race meetings] last year and if you turn up and the car is slow, it is very hard to get yourself back in the game because you get very little time to make changes.

You have to turn up and the car has to be fast and then you have a good day’s racing, generally, so it comes down to the ability to turn up with a fast car. And that is gone by choosing the right springs at the workshop. I have a specific driving style which is different to what Cam [McConville] had and different to what Andy Jones, the driver before me at BJR, had, so I had to make an educated guess about what I needed for the next meeting. If those guesses were right, I was competitive and if they were wrong it was a long, hard weekend.

Next year, we can start the weekend at a higher level. We will go to the tracks and know what worked for us, that will be our starting point.

Last year I got my first pole position, the team’s first ever pole position as well, so that is awesome. We had a very successful Bathurst and some good top three, top- five finishes so it is all there. It’s just about making it there week-in and week-out, which Triple Eight and HRT seem to do year after year. FPR, not so. In 2008 they were very competitive all year, last year that fluctuated a little bit. Some other big teams also struggle week-in and week-out.

I had to make an educated guess about what I needed for the next meeting. If those guesses were right, I was competitive and if they were wrong it was a long, hard weekend.

How do you approach car set-up?

Generally, you are only dealing in a few tenths of a second, so not a lot of time. You can change roll centres around, and anti-roll bars, and change springs and dampers, but you get one shot at it. Then you are in qualifying mode and then you are in the race.

So, it becomes a very high-risk strategy. You pull the car out of the truck and, say you are twentieth, what do you do? Do you just chip away, trying to get to fifteenth in the next session and tenth in the next one, or do you completely change it and either go to twenty-fifth or fifth? It’s all about choosing what strategy to employ and you have half an hour to choose a combination.

It’s harder when you are tenth or twelfth because you are not quite there, but you are not in a bad enough position to risk a big change, so you just tickle the setup, but you can often drop back to sixteenth. It’s easier to go backwards than forwards unless you are starting from the back.

A lot of teams used to make their own hardware but now many of them are running customer cars of Walkinshaw Performance or Triple Eight, so you are competing against a number of equal quality cars. 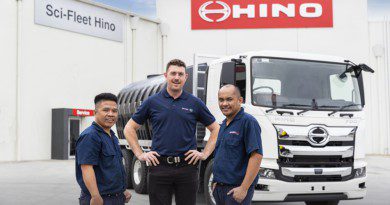 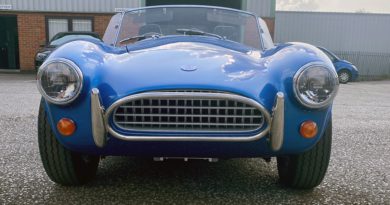 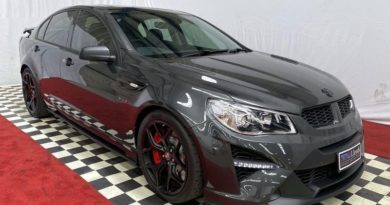