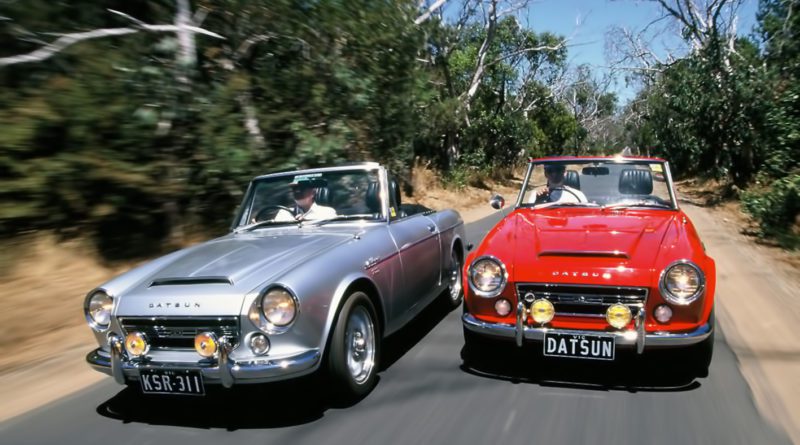 During the ’90s, three of the Datsun Sports Roadster Club of Victoria’ s best 2000 Sports belonged to Roland Schreier, Bruce Campbell and Lou Mondello. In 2019, only Lou remains an owner.

Lou got the roadster bug at a young age – he was just 14 years old when he discovered the 2000 Sports. “When I first saw the car it stuck in my mind straight away,” he explained.

Lou’s love for the car quickly developed but the relationship was frustrated by a lack of available spare parts and technicians with the expertise to correctly repair the cars.

Within a few years he became the country’s foremost Datsun roadster repairer with customers all over Australia and a reputation that has travelled as far as Japan and North America.

The white 2000 featured here was the first Datsun he bought and there’s has been another four or five come and go since.

“The car had some rust in the front fenders and I wanted to put it back to its original colour, so I fixed it up on the cheap ($1,500) and thought, ‘Oh this will last me for four or five years’. It’s only started to deteriorate after 13 years”.

With the big money pulled only on near-stock vehicles, each of our owners has kept their roadsters original, except for a few easily-reversible changes.

Most obvious on Lou’s car is the Performance Superlite wheels (now lightweight versions), while Koni shocks (since replaced with Bilsteins) all-round made a huge difference to the cars handling.

For a few extra horses, Lou fitted an electronic ignition (factory option) and applied his own tuning expertise to the carbs; his experience with the factory twin 44mm Solex carburetors making a noticeable difference to the U20’s performance.

Factory-spec racing headers and a big bore exhaust system, made by Jack Mayes and available exclusively through Lou’s business add to the already impressive performance.

Bruce Campbell bought his silver 2000 Sports because he wanted a powerful convertible.

“I did a bit of research and couldn’t believe the horsepower the Datsun 2000 had”, he said.

Having previously owned a Brock Commodore and turbo Datsun 1600 (510) sedan, you can bet power was a top priority.

Bruce completed plenty of work on his early 1969 model, some of which improved the car but like Lou, originality topped his priority list.

Performance items are similar to Lou’s machine – exhaust headers, large bore exhaust system and ignition system. However, Bruce fitted the main ignition unit under the dash, with the wiring integrated into the loom. Lou also worked over the Solex carbs.

Although not visible, the air-filter backing plate was machined to enable larger trumpets to be fitted and still fit within the original filter housing. The polished rocker cover and air filter cover came courtesy of the previous owner, while a Mazda freewheeling clutch type radiator fan aids cooling efficiency.

While Bruce enjoyed his Datsun’s performance, he’s the kind of guy who constantly seeks more grunt.

“I was very tempted to have a little head work done,” said Bruce. “Machine the ports and fit larger valves. Some really good horsepower can be extracted relatively easily”.

Lou rebuilt the five-speed gearbox and upgraded the suspension with Koni adjustable shocks, which work together with Pirelli P7 195/50×15 tyres on Superlite rims.

The interior was treated to a full rebuild; the dash pad was recovered by Restore-A-Dash in Sydney, while Lou fitted new glass to all of the instruments.

The hard-to-get headrests were imported from the USA, and together with the seats, were re-trimmed in original factory vinyl. The door trims were the last factory items available, while a new soft top and half tonneau cover were also made in Mercedes-type cloth.

“Roland asked me for a set of fog-lights at the start of the project and they were finally fitted eight years later. We should have had a ceremony for those lights”

Bruce went the whole hog on factory accessories, fitting an ex-USA hazard flasher (blanked off on local cars), a passenger footrest and luggage straps on the rear parcel shelf.

The new Datsun silver paintwork was completed by the previous owner, while Bruce had to settle for non-original fog-lights found at a Lilydale swap meet.

Out on the road, Bruce said the cars don’t feel their age.

“Horsepower-wise they don’t feel like a ’60s or ’70s car. They are still nice and quick. The cars don’t have power-assisted brakes but its something you get used to. They don’t have power assisted steering either but they feel okay on the road. Its fun to drive – that’s what they were designed for.

“And I had big response from little inputs. The Konis really fixed the handling. It’s really nice now”.

We saved the best for last. Roland’s red 2000 is undoubtedly the star of the show.

The car was totally rebuilt during an every-nut-and-bolt restoration (even the ones you can’t see) that took an agonizing seven years to complete.

Like many rebuilds of this type, it didn’t start out that way.

Roland had been a Datsun man prior to the rebuild commencing so when he decided his new project would be a convertible, he went looking at what Datsun had to offer.

“I decided I was going to build a Datsun roadster powered by a turbo L-Series motor”, explained Roland. “But the more I got into it, the more I found the 2000 engine is powerful enough; even more powerful than a turbo engine you can build in your backyard”.

Roland bought the car in 1988. It was fairly complete except for the wheels, which were mags, and the seller was asking just $4,200.

“I started stripping the car down and having realised how far I’d gone, and after talking to Lou and finding that the original parts that I was after were available, it just snowballed there. No one had really done a Datsun roadster that was totally original; so I decided to work with the motto, ‘If you are going to do something, do it properly’.

Roland was able to strip and paint the car fairly quickly but with the parts collection process taking so long, it was another seven years before the car was back on the road.

Everything was rebuilt to factory specifications – engine, chassis, body, suspension and interior.

The most difficult part of the project was having the patience to wait for parts to turn up.

“There were things I’d asked Lou for that turned up years later”, admitted Roland.

“Most of the parts you can find second-hand in the ’States, that’s if you are not in a hurry,” added Lou.

“That’s one thing you learn when you own one of these cars. Roland learnt that with his fog-lights. He asked me for them somewhere near the start of the project in 1988 and they were finally fitted in 1996. We should have had a ceremony for those lights”, Lou joked.

Roland’s Datsun had front-end damage and the search for straight replacement fenders took 12-months. A new bonnet was also sourced and a small amount of rust was removed from the rear quarters. Fortunately, the doors were solid and there was no rust in the rest of the car.

The original vinyl was repressed in Japan, the original door trims were bought from Nissan and the rest was performed by trimmer, Freddy Gartner.

Roland said it was with the wait.

“It seems to go okay by everyone else’s reckoning”, he said. “It handles and runs the way it should have when new, everything has been rebuilt there is no one system that lacking compared to another. And there’s nothing that has been upgraded to a modern equivalent”.

As you would expect, the car has won its share of trophies but Roland said he didn’t build the car to win awards.

“I did it just for me, because I am pretty fussy, I just go to these meetings because people ask me to and it does okay every now and then. I prefer to drive it”. 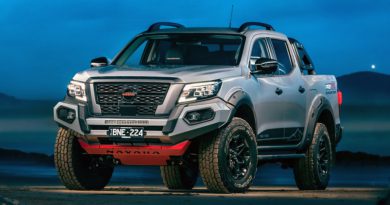 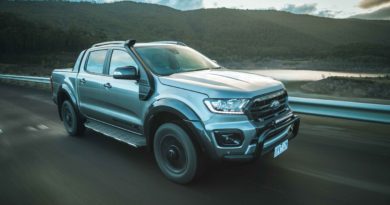 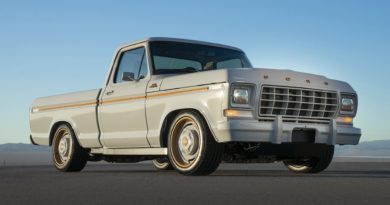