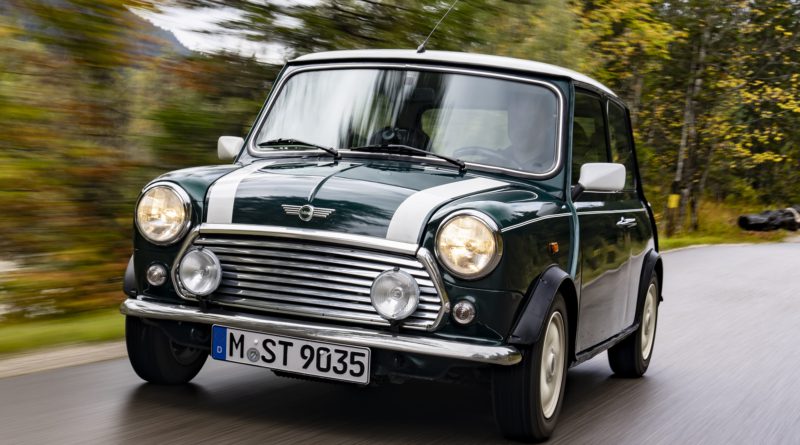 For automotive fans with manual skills, the premises in the London suburb of Surbiton must have been a paradise. Scrap metal everywhere, car parts, tyres and a dedicated father working on cars and bikes in a garage. In the middle of it, a certain John Cooper, who created the basis for an extraordinary career as an engineer of racing cars there immediately after the end of World War II.

To this day, his name is not only associated with great success in Formula 1, but also with the sporty models of the MINI brand. Thanks to John Cooper’s commitment, a more powerful model variant of the revolutionary small car came onto the market just two years after the classic Mini was introduced in 1959.

The Mini Cooper immediately impressed with its spirited power delivery and high agility. Even 60 years later, the names of the tradition-steeped British car manufacturer and the legendary sports car engineer are often mentioned in the same context when it comes to maximum driving fun with minimal external dimensions.

The basis for this connection is the truly authentic sporting spirit. In Great Britain, the desire to race re-awakened soon after the war ended. All over the country, tracks were marked out and competitions held. John Cooper had the talent and ambition to make his mark on this scene. He was just 23 years old when he and his father Charles founded the Cooper Car Company in 1946, which soon developed and built successful Formula 3 and Formula 2 racing cars.

The son’s inventive spirit culminated in the construction of a new type of Formula 1 racing car in which the engine was not in front of the driver, as was customary at the time, but behind him. Cooper celebrated his first victories with it in 1958.

In 1959 and 1960, Jack Brabham became World Formula 1 Champion with Cooper, and the revolutionary mid-engine principle established itself permanently in Grand Prix racing. Cooper’s team remained active in Formula 1 until the end of the 1960s. Among the most famous pilots, besides Jack Brabham, were Sir Stirling Moss, Bruce McLaren and Jochen Rindt.

While his ground-breaking Formula 1 racing cars made history, Cooper’s influence on the sporting driving experience in production vehicles lives on today. In this field, too, it began with a revolutionary design.

While Cooper was busy making his mark on formula racing, engineer Alec Issigonis developed a new small car for the British Motor Corporation (BMC). With an exterior length of just over three metres, the classic Mini offered an astonishing amount of space for four passengers and their luggage. Issigonis had arranged the engine transversely at the front, with the gearbox directly below. Wheels positioned far out and short overhangs did the rest.

With its transversely positioned four-cylinder engine and front-wheel drive, the classic Mini provided the basis for a design for small and compact cars that was completely new at the time and is still in use today.

The classic Mini started with an engine output of 34 hp, but it was light and exhibited strikingly agile cornering performance thanks to front-wheel drive, a wide track and a torsionally rigid body. While Issigonis primarily had a low-priced and economical vehicle for everyone in mind, Cooper immediately recognised the Mini’s sporting potential.

The two ingenious engineers had already met during joint racing activities, later also cultivated business relations and developed an intimate friendship over time. Nevertheless, it took a lot of persuasion to raise the sporting temperament of the classic Mini.

With the blessing of BMC management, John Cooper initially had a small series of 1,000 vehicles built, whose modified engine, expanded in displacement to just under 1.0 litres, generating 55 hp, which was enough for a top speed of 135 km/h.

Cooper also provided a closer-ratio gearbox, a better-guided gear lever, disc brakes on the front wheels and wider tyres. In addition, the roof was colour-contrasted and the interior was two-tone. The first Mini Cooper came onto the market in September 1961.

The reactions were euphoric and left only one wish unfulfilled: even more power. Cooper and Issigonis, who were convinced of the sporting ability of the classic Mini, increased the engine capacity to 1071 cc, boosting the output to 70 hp.

The chassis technology provided another important boost for the classic Mini’s sporting career: Issigonis broke new ground in the areas of steering and wheel suspension, thus laying the foundation for the go-kart-like feel that remains famous today.

Homokinetic universal joints reduced the influence of the drive on the steering, a subframe to which the rear wheels were also attached improved directional stability, while a rubber suspension and small telescopic shock absorbers ensured fine response and progressive spring action.

The Mini Cooper was immediately successful on race circuits and rally tracks. It became a legend with appearances at the Monte Carlo Rally, winning in 1963 with Finnish superstar Rauno Aaltonen behind the wheel.

In addition to trophies, the Mini Cooper gained more and more popularity year after year during its appearances. Its success in competition with numerous, much larger and more powerful rivals, made it a favourite with the public. The acclaimed highlights were overall victories achieved with the Mini Cooper S at the Monte Carlo Rally in 1964, 1965 and 1967. Only then did the rally career of the classic Mini draw to a close.

Around the same time, the Mini Cooper also starred at the Bathurst 500 motor race (the forerunner to the Bathurst 1000), an endurance motor race for production cars held at the Mount Panorama Circuit just outside Bathurst, New South Wales in Australia.

Despite being run up, over and down a mountain circuit that rises steeply to a height of 174-metres (571 ft), the 1966 Gallaher (Bathurst) 500 was dominated by the Mini Cooper S. The race was won by the BMC entered example of Aaltonen and experienced Australian Mini racer, Bob Holden, a lap ahead of Fred Gibson and Bill Stanley, who led home a flotilla of Cooper S cars that filled the first nine outright race positions. The best non-Mini was a six-cylinder Chrysler Valiant, some six laps behind Aaltonen and Holden in tenth position.

On the road, the Mini Cooper thrilled its fans from 1961 to 1971, during which time its model designation became synonymous with passionate driving fun. The name John Cooper remained present among fans of the classic Mini. The tuning kits developed by Cooper for Mini production vehicles met with great demand in the 1970s and 1980s. In 1990, the Mini Cooper returned to the model range. The 1.3-litre four-cylinder engine with initially 61 hp now worked under the short bonnet. This version, with 63 hp, was built until autumn 2000. The successor was ready at that time.

The takeover of the Rover Group by BMW at the beginning of 1994 opened up completely new perspectives for the MINI brand. At the International Motor Show (IAA) in Frankfurt in 1997, the study of a MINI Cooper was presented, which offered the prospect of a new edition of the unique British small car.

As a modern interpretation of the traditional vehicle concept, it combined the classic values of its predecessor with the requirements of a modern automobile on the threshold of the 21st century. In 2001, the new MINI was born.

The MINI was bigger, chicer, more colourful and technically up to date. It also transferred the typical go-kart feeling of the classic Mini into the modern era. At the same time, the MINI produced in Oxford, England, presented itself as the first premium vehicle in the small car segment.

Unlike the classic one, the MINI Cooper was now immediately part of the line-up. With a maximum output of 85 kW/115 hp, it lived up to its name. Engine and chassis design immediately formed a harmonious alliance for maximum driving pleasure. The four-cylinder engine, again mounted transversely at the front, had a displacement of 1.6 litres.

Its power enabled the MINI Cooper to sprint from standstill to 100 km/h in 9.2 seconds and to reach a top speed of 197 km/h. The high-quality chassis technology of the MINI Cooper included McPherson struts on the front axle, axle shafts of equal length and a multi-link rear axle unique in the small car segment, disc brakes on all four wheels, and DSC (Dynamic Stability Control) driving stability system.

The desire for even more power was also fulfilled with the modern MINI. The 120 kW/163 hp MINI Cooper S followed in autumn 2001.

In November 2006, the new edition of the modern MINI was launched with an evolutionary design development and a fundamental technical overhaul. The MINI’s visual appearance was refined in numerous detail, emphasising its sporting virtues.

With 88 kW/120 hp and the MINI Cooper S with 128 kW/175 hp, which were available at the time of their market launch, immediately impressed with their enhanced performance and significantly reduced fuel consumption and emissions.

Two years later, the sporty characteristics of a Mini Cooper could also be experienced for the first time with a highly efficient diesel engine. In the MINI Cooper D, 81 kW/110 hp, and in the Mini Cooper SD, which was introduced shortly afterwards, 125 kW/170 hp provided a powerful drive.

When developing the modern MINI around the turn of the millennium, Mike Cooper had already brought the know-how gathered in his family to the project. The son of John Cooper, he was passionately committed to particularly sporty versions of the MINI.

In the following years, the tradition-steeped connection became even closer. At the beginning of 2007, the BMW Group acquired the brand rights of John Cooper Garages. As a result of this arrangement, the John Cooper Works brand has been an official part of the MINI brand since 2008.

Since then, the extremely sporty John Cooper Works models have represented the maximum power and performance that can be experienced in a MINI.

Even in the current model generation, the MINI Cooper is the epitome of driving fun, which is now realised in a wide variety of forms. With a three-cylinder petrol engine under the bonnet, it now produces 100 kW/136 hp. In addition, the Cooper name is anchored in the entire range of the current model programme.

On the other side of the spectrum is the new MINI John Cooper Works GP, powered by a 225 kW/306 hp four-cylinder turbo engine, making it the fastest MINI ever registered for the road.

Whether locally emission-free in everyday urban traffic or with the irrepressible urge to take to the racetrack, every MINI with the Cooper name in the model designation carries the unique British sporting spirit of an association that has existed for 60 years. 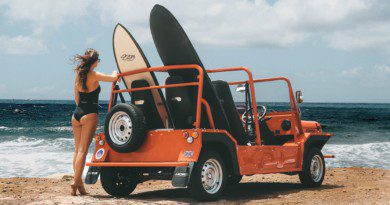 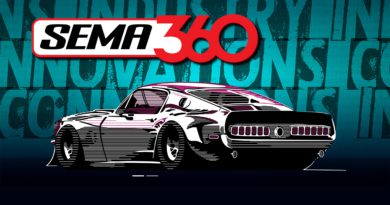 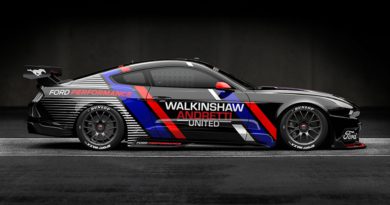