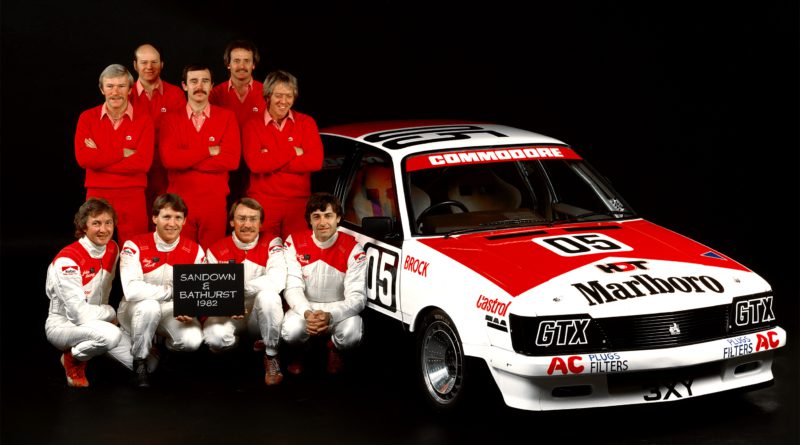 The 2020 Bathurst 1000 marks the end of the factory Holden race team after 51 years of competition.

Throughout its many guises, the team has roared through amazing highs, dropped into some painful troughs, gone through a handful of colourful owners, and been represented by an amazing catalogue of superstar drivers.

This year’s Great Race, doubling as the final round of a truncated pandemic-shaped 2020 Supercars Championship, will be the last time the Triple Eight Race Engineering Commodores will compete as the official Red Bull Holden Racing Team.

Two-thirds of the Supercars’ field comprises of Commodores and the cars are eligible to race next season.

Starting with Monaro, then Torana and more recently a succession of Commodore8s, Holden has amassed 33 wins in the Bathurst 500/1000 at Mount Panorama and banked a total of 21 Australian Touring Car/Supercars championships.

In 1968, racer/journalist David McKay organised a quasi-factory three-car team of Monaro V8s for the Bathurst 500, but privateer Bruce McPhee took victory (with modest help from Barry Mulholland, who drove one lap to meet the regulations). This was the first win for Holden in Australia’s best-known race.

Factory support began officially in 1969 in defiance of Holden’s parent company General Motors banning its brands worldwide from participation in motor racing, although trials and rallies were permitted. With its charismatic sales director, John Bagshaw, trumpeting the marketing benefits of putting performance-based models on the track, Holden skirted the ban by establishing the Holden Dealer Team. Nominally owned by its dealers, Holden bankrolled the entire campaign via a slush fund, with Harry Firth wooed from Ford to run the squad. The canny, autocratic Firth plucked from near obscurity rally driver Colin Bond and Peter Brock, who had been racing an Austin A30 with a Holden engine.

The annual Bathurst 500, then an endurance race for production cars, was the Holden Dealer Team’s first test, pitting the three HDT Monaro GTS 350 coupes against the favoured Ford Falcon GTHOs.

In a fairy-tale initiation, Bond and Tony Roberts took a stunning victory with teammates Brock and Des West third. The other team car finished sixth.

Over the following decade, HDT’s victories and reputation grew while the team went through management changes, new choices of track weapons, and an array of different drivers. Brock’s star was ascendant, wins piling on wins, building the legend of driver and brand.

The 1976 Bathurst classic brought unbelievable tension – but triumph to Holden – when privateer Bob Morris and his British co-driver John Fitzpatrick prevailed in their ailing Torana L34. Four laps from victory the lead Torana slowed with leaking gearbox oil, causing the clutch to slip but Fitzpatrick molly coddled the stricken car to the chequered flag.

A standout Holden success was the triumphant one-two-three by the then-new VB Commodore in the brutal 20,000km 1979 Round-Australia Reliability Trial. The Holden effort was masterminded by George Shepheard, who had to manage egos amongst his trio of front-running factory cars whilst keeping on top of the complex engineering and logistical challenges.

Brock regarded winning the Repco Trial as his finest career moment, ahead of an unmatched nine Bathurst enduros.

Two months later, Brock/Richards in an HDT Torana A9X Hatchback, led every lap of the 1979 Bathurst, set a lap record on the final circuit, and won by six laps.

Holden then dropped a bombshell, instructing HDT boss John Sheppard to sell the team. Brock’s soaring popularity and his standing at Fisherman’s Bend, put him in the box seat, and he became the new owner in 1980.

The success continued until the Brock-Holden partnership crashed and burned spectacularly early in 1987 due to disagreement over the specification of Brock’s Holden-based road cars.

A new factory Holden Racing Team emerged, a joint venture between Holden and the entrepreneurial Scot, Tom Walkinshaw. After a stumbling start, and with ex-Holden executive John Crennan taking charge, HRT weathered the challenges of revolutionary rule changes, serious economic challenges, and the usual hard competition to flourish as a powerhouse of the sport.

Turbo-charged vehicles from Europe and Japan dominated during this difficult time for Holden teams but in 1990, HRT’s Win Percy and local hero Allan Grice combined to win the Bathurst 1000.

After a few years in the wilderness, Brock returned to the Holden fold in 1994 in what was dubbed a marriage of convenience, lubricated by sponsorship money and expediency.

In 1994, Mark Skaife broke the lengthy Holden championship drought dating back to 1980, winning for Gibson Motorsport.

The following year, racer/engineer Larry Perkins, with co-driver Russell Ingall, delivered an almost impossible outcome in the Bathurst 1000, charging from last to victory.

Powered by the drive and enthusiasm of Crennan and then Holden Chairman and Managing Director (1999-2003) Peter Hanenberger, and team manager Jeff Grech, Holden’s track fortunes rocketed during the late 1990s and early 2000s. This was the era of superstar drivers Craig Lowndes and Mark Skaife, who collectively amassed a remarkable record of wins at Bathurst and in the championship series.

This iteration of HRT was one of the most successful in the history of the Supercars’ category, winning six drivers’ championships and seven Bathurst 1000s before 2017.

Skaife said a highlight was the 2002 season when he won the Bathurst classic, the championship and both legs of the Clipsal 500 in Adelaide: “I’m immeasurably proud of the part I played during this period, arguably the most competitive time in the sport if you consider the class of the drivers and the depth of the field. “It was very special to win so consistently then with the support of armies of passionate Holden fans,” said Skaife.

Despite business headaches, ownership changes and the death of Tom Walkinshaw in 2010, the Holden Special Vehicles road-car operation boomed too, aided by the HRT track triumphs and clear DNA links to the Commodore race cars.

Skaife said during that golden era more than 60 per cent of the grandstands were filled with red shirts. “HRT merchandise sales were massive, and HRT was the number one sporting brand in Australia.”

Legendary New Zealand-born Jim Richards raced for several iterations of the factory Holden team, winning three times with Peter Brock (1978-79-80) and in 2002 alongside Skaife and he recalled the impressive levels of professionalism. “Obviously back in the 1970s and ‘80s, the budgets were smaller and there were fewer people in the workshop, but the factory Holden team was the benchmark. It remained the benchmark in the early 2000s and is still up there today,” said Richards.

Another stunning moment for Holden came in 2003, when Greg Murphy gifted his fans the unforgettable ‘Lap of the Gods’. This was his scintillating qualifying lap around the mountain to take pole position for the Bathurst 1000, which he and Rick Kelly won in a satellite Kmart Racing Commodore.

Memorable too was Bathurst 2016. The race burst into life near the end when Jamie Whincup, tangled dramatically with Garth Tander and Scott McLaughlin on lap 150. Whincup continued to lead but was penalised 15 seconds by the stewards, leaving Will Davison as the effective leader. Davison, almost out of fuel, hung on to clinch (by 0.14sec) his second Bathurst 1000 win and the first for Jono Webb and his small Holden Tekno Autosports outfit.

Triple Eight Race Engineering started its relationship with Holden in 2010, though initially not as a fully supported factory operation. “It was a big moment when we rolled out the Commodores in Abu Dhabi for the first race of 2010 and finished one-two,” recalled Roland Dane, Triple Eight’s team principal.

Whincup has featured in many special moments on track. Among his finest was his monumental fight to the finish at Bathurst in 2012, when, with his fuel tank nearly dry, he held off a persistent David Reynolds to close out a tight 0.3sec win.

Though Whincup doesn’t rate his titles in any order, he especially treasures the 2017 championship due to the drama of the final round at Newcastle. “We were in an absolute gripping fight with the #17 and Scotty Mac [McLaughlin] and worked so hard to go 30 points up going into the last race weekend.”

An opening lap tangle and crash in Saturday’s race left Whincup 78 points away from the lead going into the Sunday decider. Sitting with the team having dinner that evening, laughs were scarce, the mood dark. But a fired-up Whincup was thinking ‘there’s no justice in this; we all worked too hard and we deserve better’.

“I was conceding the title most likely wasn’t going to happen for us, but I was going to give it everything. I was highly motivated.”

The Sunday decider was mad and unpredictable. Whincup knew he’d won the race as he took the chequered flag but it didn’t dawn on him immediately that he’d also landed the championship. “It was unbelievable,” he said.

For this year’s Bathurst 1000, Whincup and Lowndes form what is widely hailed as the strongest partnership on the grid. It would be incredibly special for the dream team pairing to win again.

“My time racing with ‘Lowndesy’ is limited, and my time as a Supercar driver is limited,” conceded Whincup. “Win, lose or draw, it’s always a privilege to race in this series. I cherish every lap.”

As the last factory lap approaches, GM Holden Interim Chairman and Managing Director Kristian Aquilina has thanked fans, while paying tribute to the thousands of people who contributed to the brand’s motor sport achievements.

“Going into the final Holden ‘factory’ Bathurst race together, we want to again thank Triple Eight Race Engineering, and all our wonderful supporters, drivers, engineers, dealers, commercial partners, marketers and everyone who contributed to Holden’s motor sport successes going back to the 48-215 ‘humpy’, said Aquilina. “Whilst it’s an emotional time, these people helped make Holden the cultural icon that it is. Holden’s motorsport history transcends the track, leaving an indelible mark on Australian and New Zealand life.

“We also want to reassure our 1.6 million Holden owners that Holden will be providing parts and service for at least 10 years.

“Ultimately, our customers and fans made Holden what it is – something we can all be proud of. There will never be another Holden.”

Lowndes admits this Bathurst will be especially poignant. “The last race for the factory team is going to be devastating for a lot of people. It’ll hit me hard. I grew up following Peter Brock, John Harvey and then Tomas Mezera, and wanting to be a driver for the Holden team. My dreams came true when I got that opportunity.”

Lowndes nominates 1996, his first season as a full-time HRT driver, as most memorable. In a stunning year he won the championship and, with Greg Murphy, the Sandown 500, and the Bathurst 1000.

“Bathurst 2020 will be massive, with so many emotions and pressures. It would be huge to send off the factory race team with another victory.” 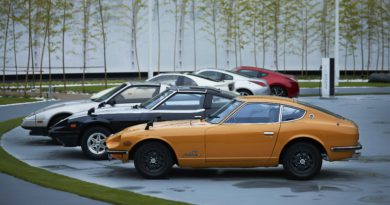 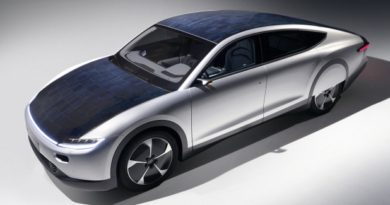 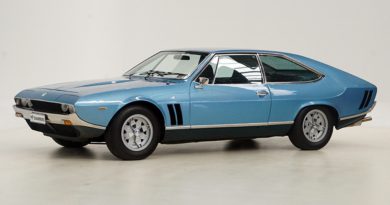